This post appeared by me originally on pathtomanliness.com. Please check out my friend Ryan’s website and programs for great information and reading. 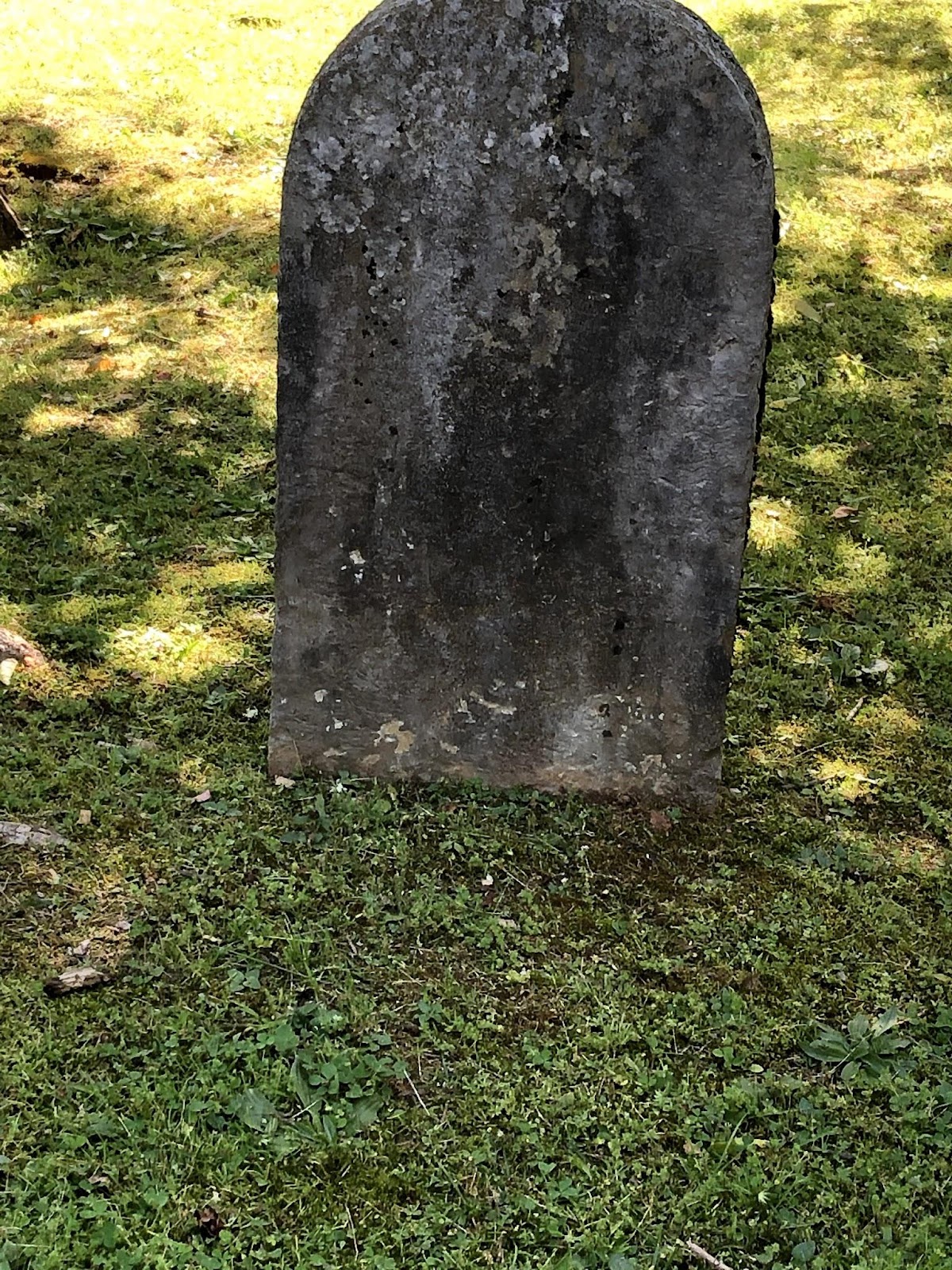 The picture above is a headstone. A grave marker. Whose name is on it? When were they born? When did they die? Where were they from, what did they do? You can’t tell, can you? It’s worn, faded, dirty and well, old.

For reference, this marker is located in a Revolutionary War cemetery located in Dandridge, Tennessee. As a side note, Dandridge is the second oldest city in Tennessee, one part of the disputed Franklin Territory, but that’s a different story.

What struck me as I walked this cemetery on a late spring weekend, was this and many other markers. I have what some would probably call a morbid fascination with cemeteries. I love walking around them, enjoying the quiet and peace. The stories that can often be told on the headstones are intriguing and lead the imagination to wonder about their life. There is an old saying that so long as someone here on Earth speaks your name, you never truly die. So I’ll quietly whisper their names, hoping I have saved their soul from that eternal death.

But back to this particular marker and the thoughts it generated in my mind. Since I could not determine who this person was, or any other facet of their life, it caused me to wonder about our legacies. What do we leave behind that will truly be remembered? I’m sure at the time of this person’s death, the family and friends meant this marker, probably inscribed with care, all the details of his or her life. “Surely, this memorial will cement our beloved’s memory for generations”, they probably said to each other. And I’m sure it did. Until…

Some 200 years later, I walk through the cemetery and wonder who this person was. So much for the well intentions of the past. Time, that ever present force we seem to ignore, has worked its spell and magic, using the weather and the elements to do it’s work. It erased the carvings, and thus, without a passing legacy, erased this person.

So now I ask you, what are you doing to cement your legacy here on the mortal firmament? We speak of living the dash between the two dates on our tombstones with purpose, zeal and passion. But, what are we doing to ensure that more than a mere material marker made of stone is all that’s left to memorialize us and that we cast it in the ground entrusting it to Time and the Elements?

What can we do? We can start by living our best lives. Doing what is right, true, just and honorable. Living by a code and moral standard. Live as an exemplar. Live as a legacy. Teach others, pass the lessons down. Make your mark. If you reach one person in your lifetime, and that person reaches one, sooner or later the algorithm of life says it will spread exponentially.

It’s part of my legacy. Let’s get to work, shall we?

Lead from the Front!

I am a 24 year Navy veteran. I have extensive experience in leading people in all areas. Leadership and mentoring is a passion and a mission and storytelling and sometimes humor are my tools and tactics.

If you’d like to learn more about expanding and honing your leadership skills, contact me via email.

Buy me a cup of coffee.